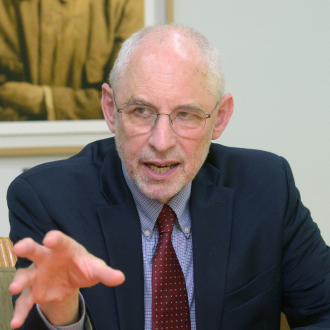 Professor Nathan is chair of the steering committee of the Institute for the Study of Human Rights and chair of the Morningside Institutional Review Board (IRB) at Columbia. He served as chair of the Department of Political Science, 2003–2006, chair of the Executive Committee of the Faculty of Arts and Sciences, 2002–2003, and director of the Weatherhead East Asian Institute, 1991–1995. Off campus, he is a member of the boards of Human Rights in China, and the National Endowment for Democracy, and a member of the Advisory Committee of Human Rights Watch, Asia, which he chaired, 1995–2000. He is a member of the steering committee of the Asian Barometer Surveys; the regular Asia and Pacific book reviewer for Foreign Affairs magazine; and a member of the editorial boards of the Journal of Democracy, The China Quarterly, The Journal of Contemporary China, China Information, and others. He does frequent interviews for the print and electronic media, has advised on several film documentaries on China, and has consulted for business and government.