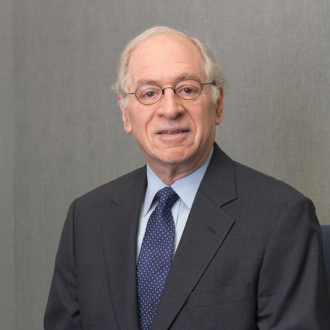 Gerald Curtis (Ph.D., Columbia, 1968) is Burgess Professor Emeritus of Political Science at Columbia University and concurrently Distinguished Research Fellow at the Tokyo Foundation. He served as Director of Columbia’s Weatherhead East Asian Institute for a total of twelve years between 1974 and 1990. Professor Curtis is the author of The Logic of Japanese Politics, The Japanese Way of Politics, Election Campaigning Japanese Style, Seiji to Sanma – Nihon to Kurashite 45 nen (Politics and Saury: 45 Years Living with Japan) and numerous other books and articles written in both English and Japanese and translated into Chinese, Korean, Thai and other languages.

Professor Curtis has held appointments at the Royal Institute of International Affairs, Chatham House, London; the College de France, Paris; the Lee Kwan Yew School of Public Policy in Singapore; and in Tokyo at Keio, Waseda, and Tokyo Universities, the Graduate Research Institute for Policy Studies, and the International Institute of Economic Studies. He is a member of the Board of Directors of the Japan Society of New York, the Japan Center for International Exchange USA, and a member of the Council on Foreign Relations. He has served as Special Advisor to Newsweek for its Japanese and Korean language editions, the International Advisory Board of the Asahi Shimbun, the Advisory Council for the Center for Global Partnership of the Japan Foundation, the Trilateral Commission, the Board of Directors of the US-Japan Foundation and as Director of the U.S.-Japan Parliamentary Exchange Program.

Professor Curtis’s commentaries are published frequently in newspapers and magazines in the United States, Japan, Britain, and other countries. Fluent in Japanese, he is a frequent commentator on international affairs on Japanese television news programs.

Professor Curtis is the recipient of numerous prizes and honors including the Chunichi Shimbun Special Achievement Award, the Masayoshi Ohira Memorial Prize, the Japan Foundation Award presented in a ceremony held in the presence of the Crown Prince and Princess followed by an audience with the Emperor. He is the recipient of the Marshall Green Award of the Japan-America Society of Washington, D.C., the Eagle on the World Award of the Japan Chamber of Commerce and Industry in New York, and the Order of the Rising Sun, Gold and Silver Star, by the Emperor of Japan, one of the highest honors bestowed by the Japanese government.

WEAI professor Gerald L. Curtis talks to Reuters and The Economist about the LDP’s poor showing in the Tokyo Metropolitan Election. July 4, 2017

WEAI professor Gerald Curtis is cited in The Economist article about Abenomics June 27, 2014