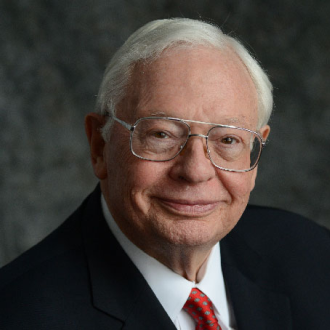 Professor Patrick is recognized as a leading specialist on the Japanese economy and on Pacific Basin economic relations. His major fields of published research on Japan include macroeconomic performance and policy, banking and financial markets, government-business relations, and Japan-U.S. economic relations. His professional publications include 16 books and some 60 articles and essays. He coedited and coauthored, with David Weinstein and Takatoshi Ito, Reviving Japan’s Economy: Problems and Prescriptions (MIT Press, 2005).

Professor Patrick served as one of the four American members of the binational Japan–United States Economic Relations Group appointed by President Carter and Prime Minister Ohira, 1979–1981. He is on the board of the U.S. Asia Pacific Council. He succeeded Dr. Saburo Okita as chair of the International Steering Committee for the conference series on Pacific trade and development (PAFTAD), between 1985 and 2005, having served on it since PAFTAD’s inception in 1968. He served as a member of the board of directors of the Japan Society for twenty-four years. In November 1994 the government of Japan awarded him the Order of the Sacred Treasure, Gold and Silver Star (Kunnito Zuihosho), and he received an honorary doctorate of social sciences by Lingnan University, Hong Kong, in November 2000.

Professor Patrick has also been awarded Guggenheim and Fulbright fellowships and the Ohira Prize. He is a member of the Council on Foreign Relations.

Professor Patrick completed his BA at Yale in 1951, then earned MA degrees in Japanese studies (1955) and economics (1957), and his PhD in economics (1960) at the University of Michigan. He joined the Columbia faculty in 1984 after some years as professor of economics and director of the Economic Growth Center at Yale.