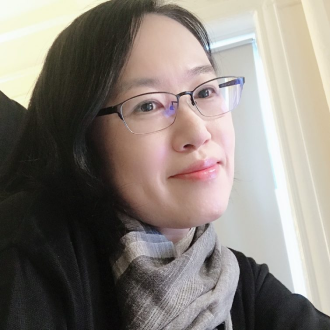 Jungwon Kim is King Sejong Assistant Professor of Korean Studies in the Humanities in the Department of East Asian Languages and Cultures. She specializes in gender, family, and legal history of Chosŏn Korea (1392-1910). Her broad research interests include women’s writings, ritual and expression of emotion, crime and punishment, and the use of legal archives.

She is currently completing a book manuscript, Negotiating Virtue: The Politics of Chastity and Social Power in Late Chosŏn Korea. Her recent publications include Wrongful Death: Selected Inquest Records from Nineteenth Century Korea (with Sun Joo Kim at Harvard, University of Washington Press, 2014); “You Must Avenge On My Behalf: Widow Chastity and Honor in Nineteenth-Century Korea”, Gender and History (forthcoming); “Chaste Suicide, Emotions, and Politics of Honour in Nineteenth-Century Korea,” in Honour, Violence, and Emotion: Historical Perspectives.

She received her Ph.D. from Harvard University (2007), taught at the University of Illinois at Urbana-Champaign, and was a member of the School of Historical Studies at the Institute for Advanced Study in Princeton, NJ (2012-13) before joining the department in 2013.