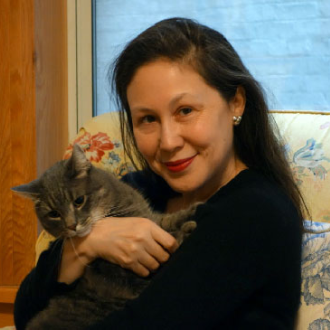 Kim Brandt is a Research Scholar at the Weatherhead East Asian Institute. She specializes in twentieth-century Japanese history, and her research interests include consumerism, imperialism, and transnational forms of cultural production. Professor Brandt’s publications include Kingdom of Beauty: Mingei and the Politics of Folk Art in Imperial Japan (Duke University Press, 2007). Her new book, to be published by Columbia University Press, is titled Japan’s Cultural Miracle: Rethinking the Rise of a World Power, 1945-1965. In it she offers a new perspective on postwar Japan, and its changing place in the world, through topics such as industrial design, beauty contests, atomic diplomacy, and macrobiotics. Brandt is working now on several new projects, including a history of lingerie.

Professor Brandt received her PhD from Columbia (1996) and her BA from Smith College (1984).