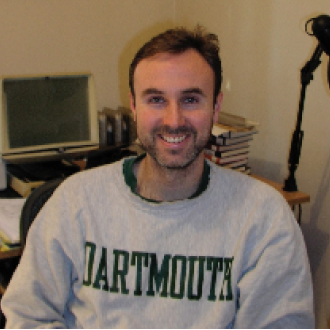 Mark Jones is a Professor in the Department of History at Central Connecticut State University, where he has been teaching since 2002. Prior to his current position, he was a Postdoctoral Fellow at Harvard University’s Reischauer Institute of Japanese Studies. He has completed publications including “Social and Economic Change in Prewar Japan,” with Steven Ericson in A Companion to Japanese History, ed. William Tsutsui, in 2006 and “The Samurai in Japan and the World, c. 1900,” which was published in June 2005 as part of Columbia University’s Expanding East Asian Studies (EXEAS) Initiative.

In 2010, Harvard University Asia Center published his book Children as Treasures: Childhood and the Middle Class in Early 20th Century Japan. The book explores the relationship between the creation of modern childhood and the formation of a middle class in early twentieth century Japan. He is currently researching the history of love and marriage in early 20th century Japan. Jones is a graduate of Columbia University’s East Asian Languages and Cultures program, receiving his M.A. in 1995 and Ph.D. in 2001. He completed his undergraduate course of study in 1991 with a B.A. in History from Dartmouth College.