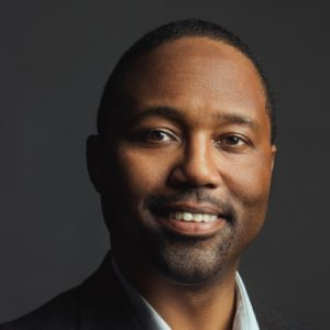 Michael Orlando Sharpe is an Associate Professor of Political Science in the Department of Behavioral Sciences at York College of the City University of New York. He holds the Ph.D. and Master of Philosophy in Political Science from the Graduate School and University Center of the City University of New York. Additionally, Dr. Sharpe holds a Master of International Affairs from Columbia University’s School of International and Public Affairs, a Graduate Diploma in International Law and Organization for Development from the Institute of Social Studies in The Hague, The Netherlands, and a Bachelor of Arts degree from Rutgers College / Rutgers University.

Prior to coming to York College/CUNY, Dr. Sharpe was a senior research associate at the Howard Samuels Center at the CUNY Graduate Center. Before these more recent experiences, Dr. Sharpe was employed as a political analyst for the Consulate General of Japan in New York and earlier in Tokyo, Japan as a project coordinator for the United Nations affiliated non-governmental organization the International Movement Against All Forms of Discrimination and Racism (IMADR) of which he is now serves as a member of its board of directors. Dr. Sharpe’s areas of expertise are comparative politics and international relations and his research interests concern looking comparatively at the politics of migration, immigrant political incorporation, and political transnationalism in the Netherlands, Japan, and around the world.

Michael Orlando Sharpe, Postcolonial Citizens and Ethnic Migration: The Netherlands and Japan in the Age of Globalization (Palgrave Macmillan, 2014)

Sharpe, Michael O. June, 2018. “What Can the United States Learn from Japan’s Immigration Policy”, pp, 21-22, 2018 Policy Guidance From the U.S.-Japan Network for the Future Cohort IV. The Maureen and Mike Mansfield Foundation.

Invited Panelist, “The Emerging Migration State in Japan and the Ambivalent Migration State in the Netherlands: Divergent Pathways for Regions?”,  Symposium on “Citizenship and Migration in East Asia: A Comparative Perspective, Center for the Study of East Asia, Fredrick S, Pardee School of Global Studies, Boston University,  Boston, Massachusetts, November 21, 2019.