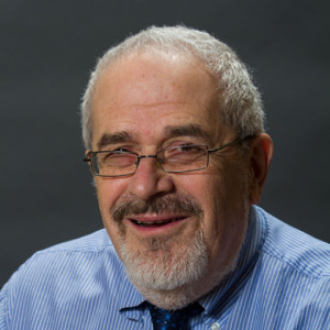 Professor Rossabi is a historian of China and Central and Inner Asia. He teaches courses on Inner Asian, East Asian, and Chinese history at Columbia. During the 2008–2009 academic year, he received an honorary doctorate from the National University of Mongolia. He and Mary Rossabi are involved in an oral history of 20th and 21st century Mongolia, which has led to the publication of Socialist Devotees and Dissenters; A Herder, a Trader, and a Lawyer; and The Practice of Buddhism in Kharkhorin and its Revival (National Museum of Ethnology, Osaka, 2010, 2012, and 2013).

In 2006, he was named chair of the Arts and Culture Board of the Open Society Institute (Soros Foundation). He is the author of Herder to Statesman (Rowman and Littlefield, 2010); The Mongols and Global History (W. W. Norton, 2011); The Mongols: A Very Short Introduction (Oxford University Press, 2012); A History of China (Blackwell, 2013); Modern Mongolia: From Khans to Commissars to Capitalists (University of California Press, 2005); Khubilai Khan: His Life and Times (University of California Press, 1988), chosen as a main selection by the History Book Club; and China and Inner Asia (Universe Books, 1975). He is the editor of China among Equals (University of California Press, 1983), Governing China’s Multi-Ethnic Frontiers (University of Washington Press, 2005) and Eurasian Influences on the Yuan (NIAS Press, 2013), and a contributor to several volumes of the Cambridge History of China. A collection of his articles has been published as From Yuan to Modern China and Mongolia (Brill, 2014).

He has helped organize exhibitions at the Metropolitan Museum of Art, the Cleveland Museum of Art, and the Asian Art Museum of San Francisco. He was on the advisory board of the Project on Central Eurasia of the Soros Foundation. The author of numerous articles and speeches, he travels repeatedly to Central Asia and Mongolia, where he teaches courses on Mongolian and East Asian history.

Professor Rossabi received his PhD from Columbia University in 1970.

Morris Rossabi, Voyager from Xanadu: Rabban Sauma and the First Journey from China to the West (University of California Press, 2010).