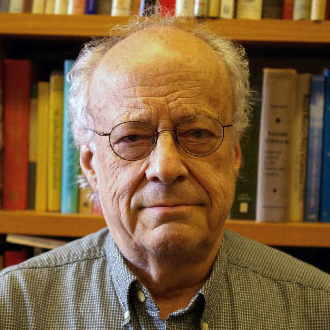 Myron L. Cohen is Professor of Anthropology at Columbia University. He has been a member of the faculty since 1966 and received his PhD in anthropology from Columbia in 1967. Professor Cohen’s research centers on Chinese society and the changes it has undergone from the 17th century to the present. He has conducted extensive fieldwork in Taiwan and in villages in northern, eastern, and western mainland China. In a review of his 2005 book, Kinship, Contract, Community, and State: Anthropological Perspectives on China by Graham E. Johnson for a July 2007 issue of The China Journal, Professor Cohen was described as “one of the most distinguished practitioners of Chinese anthropology.” In addition to Kinship, Contract, Community and State, Professor Cohen is also the author of House United, House Divided: The Chinese Family in Taiwan (1976). For his groundbreaking contributions to the study of China with a focus on family and kinship, popular religion, economic culture, and social change, Professor Cohen was awarded the 2016 Chinese Anthropology Lifetime Achievement Award from the Shanghai Society of Anthropology. Professor Cohen was also recognized in 2016 for his contributions to Hakka academic research, receiving the First Class Professional Medal in Hakka Affairs at the opening ceremony of the Fourth Taiwan International Conference on Hakka Studies. Professor Cohen served as Director of WEAI between 1975-1976 and 2006-2014.