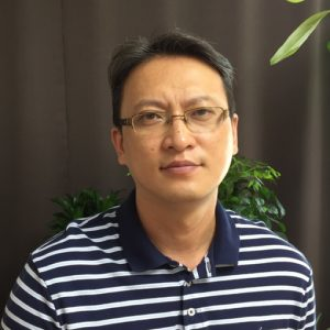 Seong Uk Kim is Il Hwan and Soon Ja Cho Assistant Professor of Korean Culture and Religion in the Department of East Asian Languages and Cultures. He received his PhD in Korean Religions and Korean Buddhism with a subfield in East Asian religions and religious studies from the University of California, Los Angeles (2013). His research interests include the intersections between Buddhism and other religions (Confucianism, folk religions, etc), as well as religion and politics in modern and pre-modern Korea; Buddhist transformation in the colonial and contemporary periods.

Professor Kim is currently completing a book manuscript, “Redefining the Tradition: Cultural Reconstruction of Korean Buddhism in the Late Chosŏn.” His publications include “The Re-Invention of Korean Sŏn Buddhism in the Late Chosŏn: Paekp’a Kŭngsŏn (1767-1852) and His Three-Fold Sŏn Taxonomy” (Journal of Korean Religions, 2017); “Korean Confucianization of Zen: Ch’oŭi Ŭisun’s (1786–1866) Affirmation of a Confucian Literati Approach to Buddhism in Late Chosŏn” (Acta Koreana, 2016); “The Zen Theory of Language: Linji Yixuan’s Teaching of “Three Statements, Three Mysteries, and Three Essentials” (Journal of the International Association of Buddhist Studies, 2015); “Three Places of Mind-Transmission: The Polemical Application of Mind-Transmission Stories in Korean Sŏn Buddhism” (Journal of the American Oriental Society, 2013). Before coming to Columbia, he worked as a postdoctoral fellow and lecturer at Washington University in St. Louis (2013-2014) and Harvard University (2014-2015), teaching “Buddhist Traditions,” “Introduction to Korean Religions,” and “Theories and Methods in the Study of Religion.”