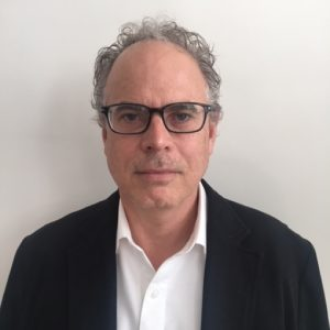 Theodore Hughes received his Ph.D. in modern Korean literature from the University of California, Los Angeles. His research interests include coloniality; proletarian literature and art; visuality and the global Cold War. He is the author of Literature and Film in Cold War South Korea: Freedom’s Frontier (Columbia University Press, 2012), which was named a Choice Outstanding Academic Title and won the James B. Palais Book Prize of the Association for Asian Studies for the best book in Korean studies in the year of its publication. Co-edited works include Intermedial Aesthetics: Korean Literature, Film, and Art (special issue of Journal of Korean Studies, 2015); and Rat Fire: Korean Stories from the Japanese Empire (Cornell East Asia Series, 2013), a finalist for the Daesan Literary Translation Prize. He is the translator of Panmunjom and Other Stories by Lee Ho-Chul (EastBridge, 2004; reissued under EastBridge imprint at Camphor Press, 2017). His current project, The Continuous War: Cultures of Division in Korea, is under contract at Columbia University Press. Professor Hughes is Director of the Center for Korean Research.