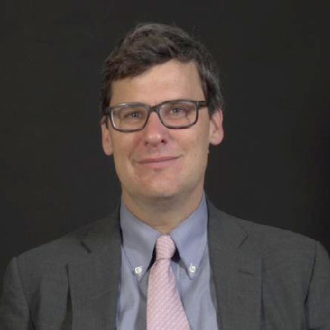 Chuck Wooldridge is an associate professor of history at Lehman College, The City University of New York. He is also the codirector of the Modern China Seminar at the Weatherhead East Asian Institute. His research interests include the political culture of Qing China; the Taiping Rebellion and its aftermath; Chinese utopias; and electricity.

His first monograph, City of Virtues: Nanjing in an Age of Utopian Visions, a Study of the Weatherhead East Asian Institute, was published in 2015 by the University of Washington Press. The book examines the ways a series of visionaries, drawing on past glories of the city, projected their ideologies onto Nanjing as they constructed buildings, performed rituals, and reworked the literary heritage of the city. More than an urban history of Nanjing from the late 18th century until 1911-encompassing the Opium War, the Taiping occupation of the city, the rebuilding of the city by Zeng Guofan, and attempts to establish it as the capital of the Republic of China-Professor Wooldridge’s book shows how utopian visions of the cosmos shaped Nanjing’s path through the turbulent 19th century.

Professor Wooldridge earned his BA from Swarthmore College, his master’s degree in International Studies from the University of Washington, and his PhD in East Asian Studies from Princeton University.

Chuck Wooldridge, City of Virtues: Nanjing in an Age of Utopian Visions (University of Washington Press, 2015).