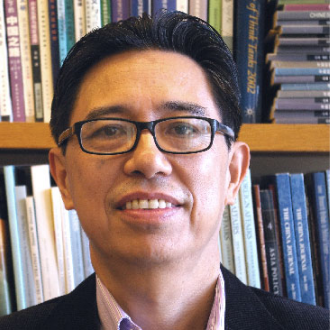 Xiaobo Lü is the Ann Whitney Olin Professor of Political Science at Barnard College. Professor Lü was the founding Director of Columbia Global Centers | East Asia in Beijing in 2008-10.  While in China, he was a visiting professor at Tsinghua University and taught courses at the School of Public Policy and Management at Tsinghua. He also lectured at Remin, Zhongshan, and Peking Universities and participated in several conferences on regulatory reform and environmental governance in China.

Professor Lü teaches courses on Chinese politics, political economy, and comparative politics. His research interests include post-socialist transition, corruption and good governance, regulatory reforms, and government-business relations. As a principle investigator, he was responsible for leading an international research project, “Central-local relations and environmental governance in China”, funded by Global Public Policy Network (consisted of Columbia, LSE, and Sciences-po) in 2008-10. Currently he is working on a book manuscript, From Player to Referee: the Rise of the Regulatory State in China.

He has published widely on these subjects. He is the author of the book Cadres and Corruption (2000). He is also a co-author of Danwei: Changing Chinese Workplace in Historical and Comparative Perspective (1997). His recent book (with Thomas Bernstein) is on the political and economic changes in the Chinese countryside, Taxation without Representation in Contemporary Rural China (2003).  He was visiting professor at Tsinghua University and Jiaotong University in China; City University of Hong Kong; Institute of Political Science (Sciences-Po) and Paris University I-Sorbonne in Paris. Professor Lü serves on the editorial boards of several international scholarly journals.

Xiaobo Lü is a member of Council on Foreign Relations, Committee of 100, and the National Committee of US-China Relations. He is a regular commentator on China and US-China relations on PBS, CNN, BBC, and NPR and has delivered speeches and briefings to organizations such as the Council on Foreign Relations, the Asia Foundation, the Asia Society, World Affairs Council, National Committee for US-China Relations, American Center for International Leadership, Asia Society, the China Institute of America, and the Japan Society.

Professor Lü received his PhD in political science from the University of California, Berkeley, in 1994. He received an Individual Project Fellowship from the Open Society Institute in 1998–1999 and was appointed a National Fellow at the Hoover Institution, Stanford University, for the same year. In 2001, he was named an International Affairs Fellow by the Council on Foreign Relations. Professor Lü joined the Barnard faculty in 1994.