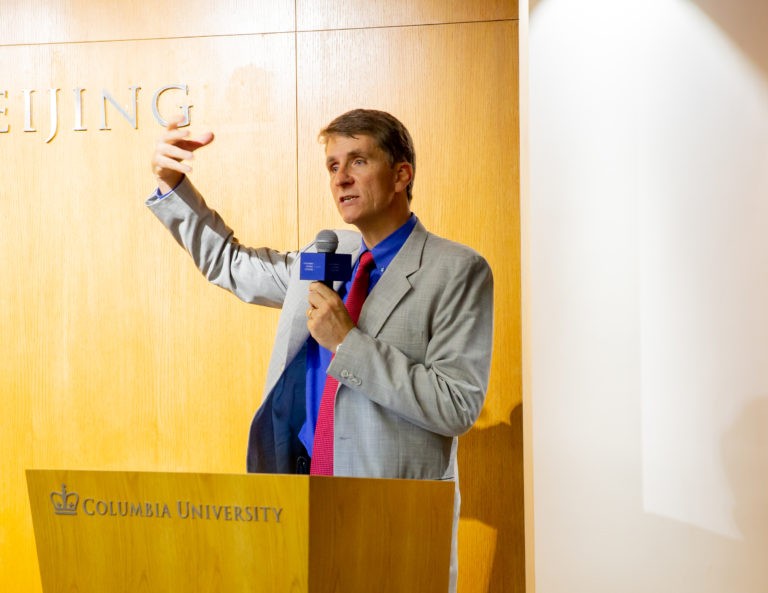 Keith Bradsher speaks in Beijing as part of the Reporting Asia series. 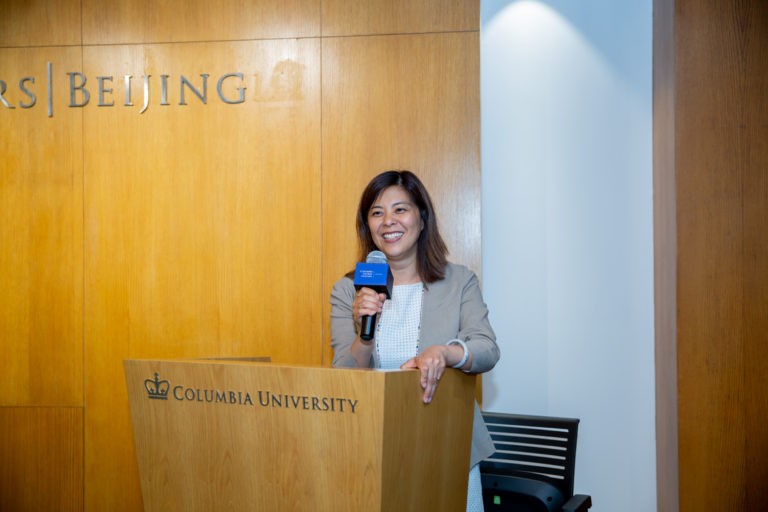 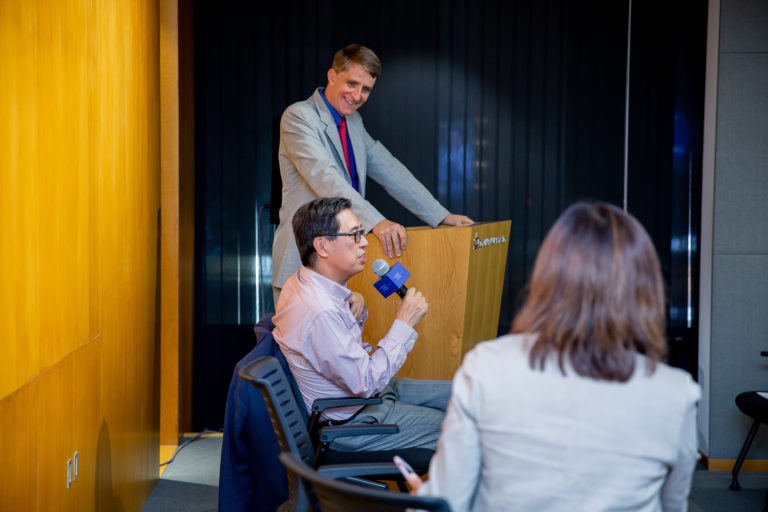 On July 13, the Weatherhead East Asian Institute hosted an alumni reception and the latest talk in the Reporting Asia series at the Columbia Global Center in Beijing. The event was well attended and drew a crowd of more than 130 attendees.

Keith Bradsher, the Pulitzer Prize-winning Shanghai bureau chief for The New York Times and the company’s senior writer for Asia economics and business, spoke about the potential of responsible reporting to help the world understand China’s emergence as a superpower and its “extraordinarily successful economic expansion.” WEAI Director Eugenia Lean moderated the talk, and WEAI Professor Xiaobo Lü served as discussant.

In his opening remarks, Bradsher shared his personal experiences as a journalist covering Asia and suggested that it is within China’s interest to allow greater freedom of reporting and freedom of expression. As an example of the challenges that China faces due to its censorship of the media, Bradsher highlighted his recent experience covering an environmental protest against the building of a new garbage incinerator in Wuhan, China. In his story for The Times, Bradsher highlighted that “years of censorship and propaganda have left many people deeply distrustful of government assurances of the safety of incinerators” even though new incinerator technologies eliminate nearly all harmful emissions.

Drawing on 28 years of experience covering trade issues, Bradsher also discussed the current US-China trade dispute. Taking the solar panel industry as an example, Bradsher concluded that China’s success in building up industries through state involvement forms the roots of the current trade dispute between the United States and China. Bradsher suggested that it remains to be seen if China can continue its extraordinary growth in a way that does not further alarm or trigger resistance in foreign markets.

Following his remarks, the panel took questions from the audience. A group of alumni in Shanghai also participated via a live stream of the talk and were able to engage in the Q&A session.

After the Reporting Asia talk, Director Lean and Professor Lü celebrated the Institute’s 70th anniversary at a reception for Columbia alumni. Director Lean noted, “For the past 70 years, we have been pushing the boundaries of East Asian regional studies, branching out from an early focus on China and Japan, to encompass work on Korea, Inner Asia, and most recently Southeast Asia. It is particularly meaningful for us that we are able to have today’s event in China and thus, reconnect with so many of our alumni.”