On Wednesday, February 5, 2014, Qiren Zhou delivered his lecture on “Urbanization and Land Ownership Reform in China” at the Fourth Annual N.T. Wang Distinguished Lecture sponsored by the Weatherhead East Asian Institute and the Chazen Institute of International Business. After remarks and a warm introduction by Shang-Jin Wei, N.T. Wang Professor of Chinese Business and Economy and Director of the Jerome A. Chazen Institute of International Business, Professor Zhou spoke about the need for a unified land market in China.

For a full report on Professor Zhou’s lecture, visit our blog here.

Qiren Zhou is Professor of Economics at the National School of Development at Peking University and is currently a Lulu Chow Wang Senior Visiting Scholar at the Jerome A. Chazen Institute of International Business at Columbia Business School. He was the Dean of the National School of Development from 2008 to 2012. He also served as a member of the Monetary Policy Committee of the People’s Bank of China from 2010 to 2012.

Shang-Jin Wei has been Professor of Finance and Economics and N.T. Wang Chair in Chinese Business and Economy at Columbia University’s Graduate School of Business since 2007. He is also Director of the Jerome A. Chazen Institute of International Business at Columbia Business School. Additionally, he serves as Director for the National Bureau of Economic Research’s Working Group on the Chinese Economy and a Research Fellow at the Center for Economic Policy Research (Europe). Before joining Columbia, he had held the positions of Assistant Director, Chief of Trade and Investment Division, Chief of Mission to Myanmar (Burma) at the International Monetary Fund, the New Century Chair Senior Fellow at the Brookings Institution, and Associate Professor at Harvard University’s Kennedy School of Government. He has undertaken consulting work for both private companies such as PricewaterhouseCoopers and government organizations such as the Board of Governors of the Federal Reserve System, the Federal Reserve Bank of San Francisco, the World Bank, the Asian Development Bank, and the United Nations.

Professor Wei has published extensively on topics on international finance, trade, and the Chinese economy in leading academic journals. His research has also been reported in Financial Times, Wall Street Journal, The Economist, Business Week, Chicago Tribune, and other news media. Professor Wei received his M.S. in business administration (finance) and Ph.D. in economics from the University of California, Berkeley. 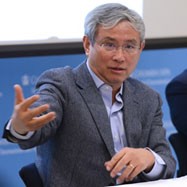 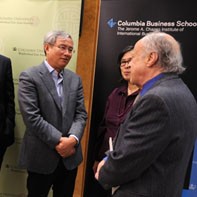 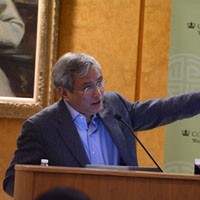 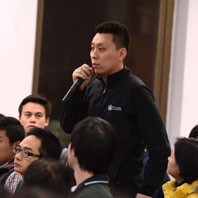