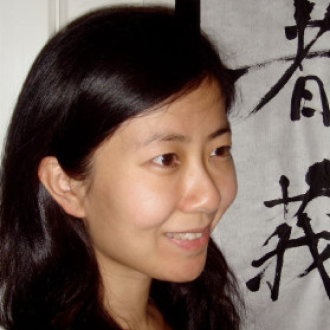 As a scholar of cinema and media, Ying Qian is interested in understanding the role of media and mediation in shaping politics, forming knowledge, and connecting realms of experience. Within the Chinese language context, she’s particularly interested in how politics, techniques and aesthetics of mediation have been integral to the processes of (semi-)colonialism, warfare, revolutions, popular movements, and (post)socialisms. Her book-in-progress, Visionary Realities: Documentary Cinema in Revolutionary China, studies the making of documentary cinema – broadly defined to include newsreels, educational, industrial and scientific films – in 20th century China, treating it as a prism to examine the role of media in producing and regulating the epistemological and emotional upheavals inherent to radical re-orderings of the society. Her new projects investigate theories and practices of creative labor in a variety of media production contexts, including film, television and digital media; and explore the ecological as a method to understand mediation as a fundamental operation underlying our (historically and politically specific) being in the world. At Columbia, she teaches on Chinese photography, cinema and other visual and media cultures. Drawing from her experiences in filmmaking, she has incorporated creative assignment options in her classes, guiding students to try their hands on film and video production. Her articles have appeared or are forthcoming in Critical Inquiry, New Left Review, China Perspectives, Oxford Handbook of Chinese Cinemas, New Literary History of Modern China, and other journals and volumes. Besides academic work, she continues to make videos as part of her involvement in social activism.