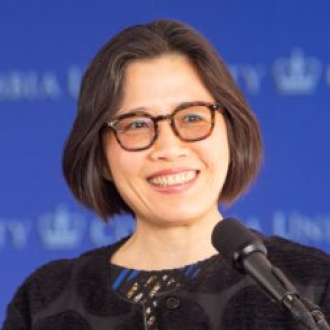 Weiping Wu is Professor of Urban Planning at Columbia GSAPP and Director of the M.S. Urban Planning program. She also is on the faculty of the Weatherhead East Asian Institute and Columbia Population Research Center. Before joining Columbia in 2016, she was Professor and Chair in the Department of Urban and Environmental Policy and Planning at Tufts University.

Trained in architecture and urban planning, Prof. Wu has focused her research and teaching on understanding urban dynamics in developing countries in general and China in particular. She is an internationally acclaimed urban and planning scholar working on global urbanization with a specific expertise in issues of migration, housing, and infrastructure of Chinese cities. Her publications include eight books, as well as many articles in top international journals. Her published work has gained an increasing public presence, particularly her recent book The Chinese City. It offers a critical understanding of China’s urbanization, exploring how the complexity of Chinese cities both conforms to and defies conventional urban theories and experience of cities elsewhere around the world.

Professor Wu has had a number of academic leadership roles outside of the university setting. She is the President of the Association of Collegiate Schools of Planning (ACSP), a consortium of university-based programs offering credentials in urban and regional planning, with more than 100 full-member schools in North America. Between 2008 and 2012, she was an editor of the Journal of Planning Education and Research, ACSP’s flagship journal. She has been a member of the International Advisory Board for the Urban China Research Network, as well as serving on the editorial board of four journals. In addition, she has provided consultation to the Ford Foundation, Lincoln Institute of Land Policy, and World Bank.