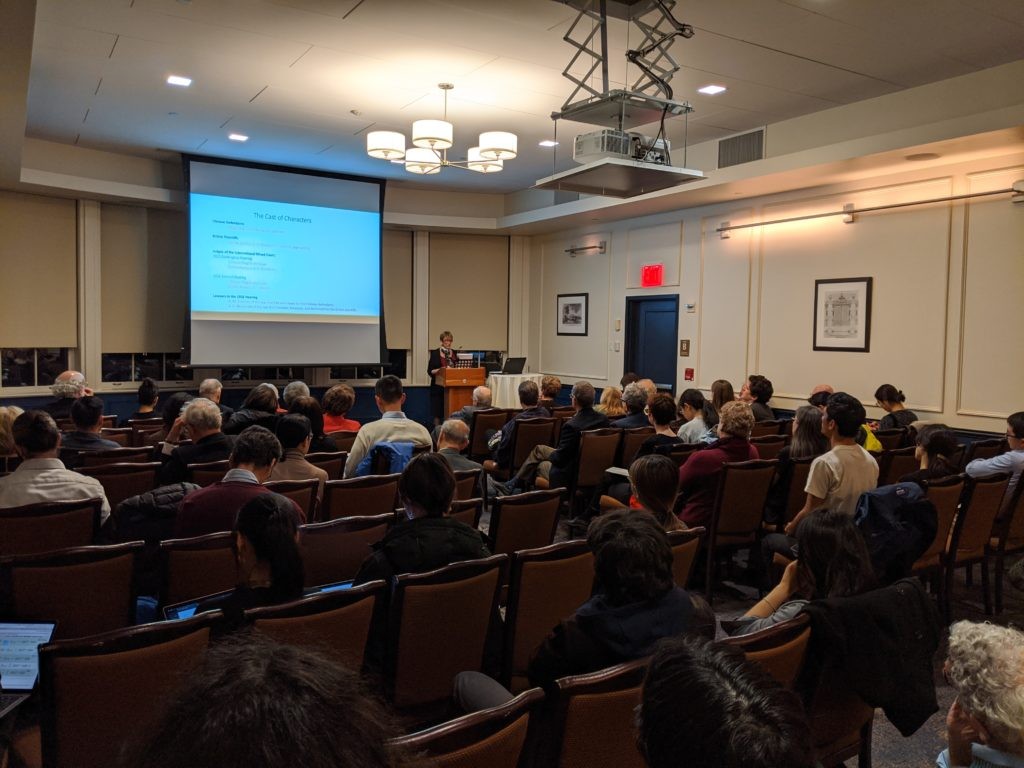 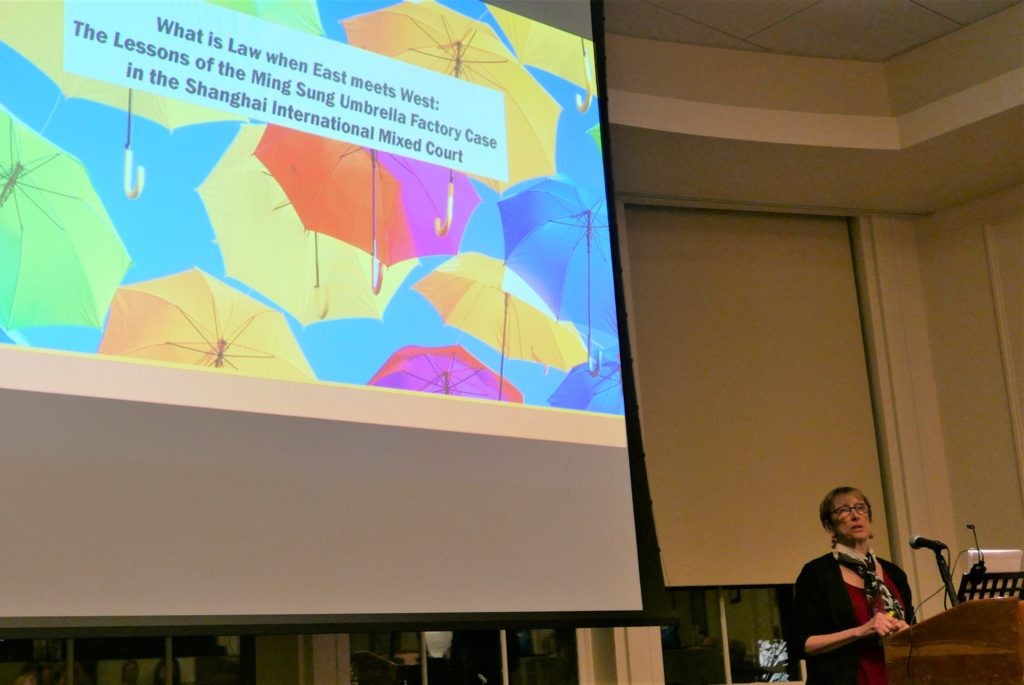 Professor Madeleine Zelin delivered three lectures as part of the 27th Leonard Hastings Schoff Memorial Lecture series on November 11, 18, and 25, 2019. In her lectures on the theme of “China Semi-Incorporated: The Battle for a Chinese Legal Modernity in the Early Twentieth Century,” Professor Zelin discussed her scholarship on Chinese legal history, beginning with the introduction of the company (公司 gongsi / gōngsī) and company law in late Qing China, and closing with lessons from the Ming Sung Umbrella Factory Case in the Shanghai International Mixed Court.

The annual lecture series is sponsored by the University Seminars at Columbia University and began in 1993 with the support of the Leonard Hastings Schoff and Suzanne Levick Schoff Memorial Fund. A member of the Columbia faculty is invited to deliver before a general audience three lectures on a topic of his or her choosing. Columbia University Press publishes the lectures as a book.