The international workshop “New Directions in Japanese Studies” took place at the Weatherhead East Asian Institute from November 1 to 3. The event, cosponsored by the Donald Keene Center of Japanese Culture and the Department of East Asian Languages & Cultures, was held to commemorate the 70th anniversary of the Weatherhead East Asian Institute. Distinguished guests from six different Japanese universities participated in the event.

The workshop began on the evening of November 1 with a film screening of “magic lantern” productions of the 1950s in postwar Japan. This screening of the monochrome documentary film, Tsukinowa Tomb, may be the first time the film has been shown in the US. Professor Toba Kōji from Waseda University kindly provided the film footage, and gave an engaging recital on two magic lantern films—Wild Roses and Tsukinowa Tomb. The event was well received as many came to watch this rare screening, which depicted how local communities were engaged in the telling and discovery of prewar history during the postwar period.

The second day of the workshop started with a keynote lecture by WEAI Senior Research Scholar, Harry Harootunian (Professor Emeritus at the University of Chicago and New York University), followed by a response from Professor Carol Gluck (Columbia). In revisiting the 1868 Meiji Restoration, Professor Harootunian gave a perspicacious analysis of hitherto historiographical debates of the event, while Professor Gluck shared insight on the importance of engaging comparative frameworks in making sense of historical narratives that transcend space and time. Following the presentations, the panel took questions from the audience and engaged in a fruitful discussion.

On the final day of the workshop, a special panel featured current graduate students from universities in the United States, as well as Professor Narita, Professor Toba, and Professor Jordan Sand (Georgetown University), who generously gave their feedback and advice to the presenters. Both the audience and Japanese guests noted the wide range of research topics undertaken by the graduate students—from literary studies on childhood literature and imperial film culture to gender studies concerning the construct of the imperial body and wartime contributions of women’s associations.

The three-day workshop provided a fertile opportunity for academics working in the field of Japanese studies in the United States to interact with scholars from Japan. Helping to mark the 70th anniversary of the Weatherhead East Asian Institute, it was a fitting occasion to not only celebrate the current progress of Japanese studies, but also to encourage the valuable tradition of academic exchange for many years to come. 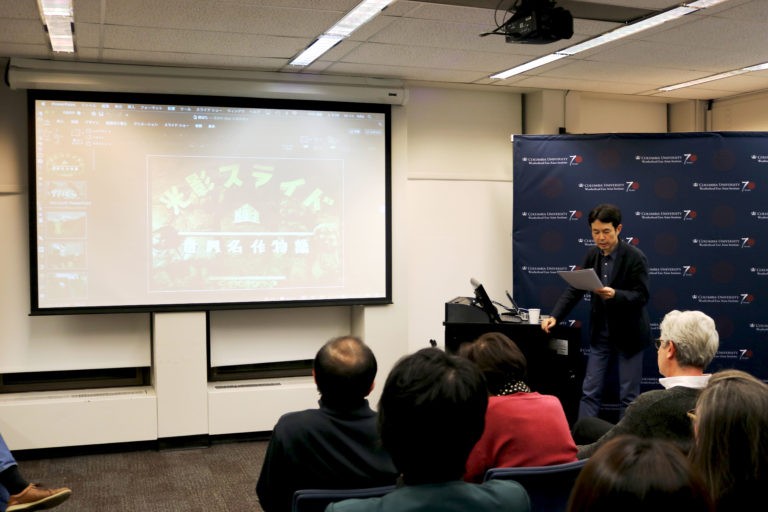 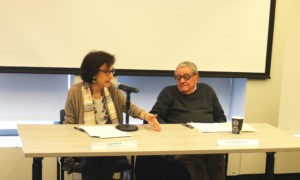