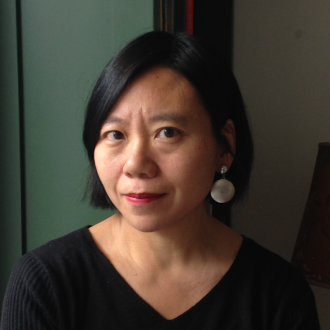 Xiaolu Guo is a British/Chinese novelist, essayist and filmmaker. Her novels include A Concise Chinese-English Dictionary for Lovers (Orange Prize for Fiction Shortlist), Village of Stone, and I Am China (a 2014 NPR’s Best Book). Her recent memoir Nine Continents won the National Book Critics Circle Award 2017 and shortlisted for the Royal Society of Literature Ondaatje Award as well as Costa Award. Her most recent novel is A Lover’s Discourse (Grove Atlantic 2020), inspired by Roland Barthes’ work. She is named as a Granta’s Best of Young British Novelist in 2013. She also directed several feature films, including How Is Your Fish Today (Sundance Official Selection 2007) and won the Grand Jury Prize at the International Women Film Festival France. UFO In Her Eyes was premiered at Toronto (TIFF 2010) and produced by the legendary German Turkish Filmmaker Faith Akin. Her feature She, A Chinese received the Golden Leopard award at the Locarno Film Festival 2009. Her documentaries include We Went to Wonderland (premiered at MoMA New York 2008), Five Men and A Caravaggio (BFI London Film Festival 2018). She is a jury member of the Booker Prize 2019 and currently a visiting professor and writer-in-residence at Columbia University.