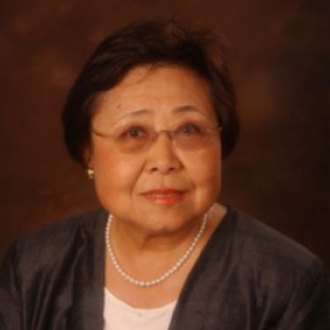 Professor Yü is currently engaged in two research projects: Buddhist nuns in contemporary Taiwan and a study of the joint worship of Dizang and Guanyin. Before coming to Columbia, she taught at the State University of New Jersey, Rutgers, from 1972 to 2004, serving as chair of the Religion Department from 2000 to 2004. Her primary field of specialization is Chinese Buddhism and Chinese religions. She is interested in the impact of Buddhist thought and practice on Chinese society as well as the impact of Chinese religious traditions on the domestication of Buddhism in China.

She is the author of Kuan Yin, the Chinese Transformation of Avalokitesvara (Columbia University Press, 2001) and The Renewal of Buddhism in China: Chu-hung and the Late Ming Synthesis (Columbia University Press, 1981), and the coeditor of Pilgrims and Sacred Sites in China (University of California Press, 1992), in addition to many articles on the history and ritual practices of Chinese Buddhism. Her book on Guanyin was translated into Chinese and published in Taiwan in 2009. A version in simplified characters will soon appear in China.

Professor Yü was born in China and educated in Taiwan and the United States. She graduated from Tunghai University with a double major in English literature and Chinese philosophy. She came to the United States for graduate study and received her MA in English from Smith College and her PhD in religion from Columbia.