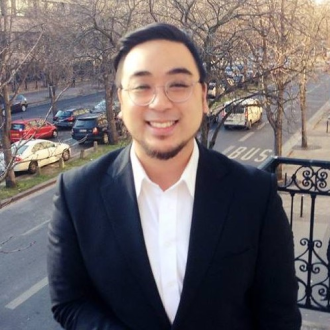 John Phan is currently completing his first book focusing on the history of Sino-Vietic linguistic contact, and is cocurrently working on the emergence of vernacular literary practice in medieval Vietnam. In addition to the nature of linguistic contact and broad issues in linguistic change and historical phonology, he is keenly interested in the cultural and intellectual ramifications of multiple languages coexisting in single East Asian societies, of linguistic pluralism in general, and of the transformation of oral languages into written literary mediums in historically diglossic cultures of East and Southeast Asia. His current work focuses largely on the rise of the vernacular Vietnamese script known as Chữ Nôm, and its development alongside a sustained and flourishing tradition of Literary Chinese composition.

“The 20th Century Secularization of the Sinograph in Vietnam, and its Demotion from the Cosmological to the Aesthetic,” Journal of World Literature (2016)

“Chữ Nôm and the Taming of the South: A Bilingual Defense for Vernacular Writing in the Chỉ Nam Ngọc Âm Giải Nghĩa,” The Journal of Vietnamese Studies (2013)