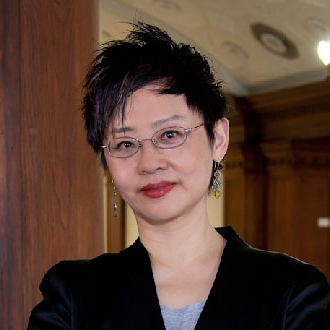 Professor Liu’s scholarship is focused on cross-cultural exchange in global history; the movement of words, theories, and artifacts across national boundaries; and the evolution of writing, textuality, and technology.

She is the author of The Freudian Robot: Digital Media and the Future of the Unconscious (University of Chicago Press, 2010); The Clash of Empires: The Invention of China in Modern World Making (Harvard University Press, 2004); Translingual Practice: Literature, National Culture, and Translated Modernity (Stanford University Press,1995). She is the co-editor of The Birth of Chinese Feminism: Essential Texts in Transnational Feminism with Rebecca Karl and Dorothy Ko, a book published by Columbia University Press in the Weatherhead Books on Asia series (2013). This book is listed as one of the Essential Reads on Feminism by New York Public Library. She is also the editor of Tokens of Exchange: The Problem of Translation in Global Circulations (Duke University Press, 1999) and Writing and Materiality in China co-edited with Judith Zeitlin (Harvard University Asia Center, 2003).

Professor Liu's other publications include an edited volume in Chinese called Origins of the Global Order: From the Meridian Line to the Standard of Civilization (2016) as well as Natural Justice & Equity, the first annotated edition of  major radical anarchist journals of the early 20th century (in two volumes) co-edited with Wan Shiguo (2016). Her most recent articles include “Wittgenstein in the Machine,” Critical Inquiry, 47.3 (Spring 2021): 425-455. "The Incalculable: Thoughts on the Collapse of the Biosecurity Regime," Critical Inquiry, 47.S2 (Winter 2021):110-114. “Das Digitale in der psychischen Maschine” in Technosphäre, edited by Katrin Klingan and Christoph Rosol (Berlin: Matthes & Seitz, 2019); “The Gift of a Living Past” in Ashis Nandy: A Life in Dissent, eds. Ramin Jahanbegloo and Ananya Vajpeyi (Oxford University Press, 2018); “The Battleground of Translation: Making Equal in a Global Structure of Inequality” (An interview) published in Alif: Journal of Comparative Poetics, 38 (2018); “La probabilité du sens dans la machine hypermnésique” in Le sujet digital with Bernard Stigler and Katherine Hayles, edited by Claire Larsonneur, et al (2015); “Scripts in Motion: Writing as Imperial Technology,” PMLA, 130.2 (March 2015; “Shadows of Universalism: The Untold Story of Human Rights Around 1948,” Critical Inquiry, Summer 2014. As creative writer, she published The Nesbit Code (in Chinese) with Oxford University Press in Hong Kong in 2013. The book received the 2014 Hong Kong Book Award.

She has been a Guggenheim Fellow and a fellow of the Wissenschaftskolleg in Berlin (2004-2005). In 2018-2019, she was a Member of the Institute for Advanced Study in Princeton.

Professor Liu received her PhD from Harvard University. Before joining Columbia, she had taught at the University of Michigan and at UC Berkeley.

Lydia H. Liu, The Freudian Robot: Digital Media and the Future of the Unconscious (University of Chicago Press, 2010).