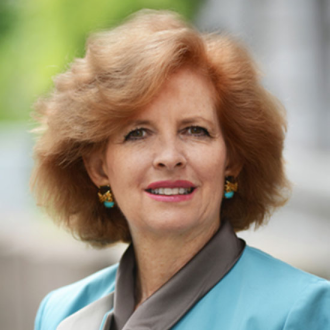 Merit E. Janow is an internationally recognized expert in international trade and investment, with extensive experience in academia, government, international organizations and business. In addition, she has had a life-long involvement with Asia and is an expert in that region. For the past 18 years, Merit E. Janow has been a Professor of Practice at Columbia University’s School of International and Public Affairs (SIPA) and affiliated faculty at Columbia Law School. She teaches graduate courses in international trade/WTO law, comparative antitrust law, China in the global economy, international trade and investment policy, among others. She has held a number of leadership positions at the University. Currently, in addition to being Dean of SIPA, she is also Co-Director of the APEC Study Center and Chair of the Faculty Oversight Committee of Columbia’s Global Center East Asia. Previously, she was Director of the Masters Program in International Affairs and Chair of Columbia University’s Advisory Committee on Socially Responsible Investing. Her research interests focus on international trade and investment, Asia, competition law and economic globalization. She has written several books, numerous articles and frequently speaks before business, policy, and academic audiences around the world.

From 1997 to 2000, Professor Janow served as the Executive Director of the first international antitrust advisory committee of the U.S. Department of Justice that reported to the Attorney General and the Assistant Attorney General for Antitrust. Her report recommended the creation of a global network of enforcers and experts which is now the ICN. Prior to joining Columbia’s faculty, Professor Janow was Deputy Assistant U.S. Trade Representative for Japan and China (1989-93). She was responsible for developing, coordinating and implementing U.S. trade policies with Japan and China. She negotiated more than a dozen trade agreements with Japan and China during a period of intense economic and political tension between the United States and both Japan and China.

Professor Janow is on the Board of Directors of several corporations and not for profit organizations. In 2009, she became a charter member of the International Advisory Council of China’s sovereign wealth fund, China Investment Corporation or CIC.

Early in her career, Professor Janow was a corporate lawyer specializing in cross-border mergers and acquisitions with Skadden, Arps, Slate, Meagher & Flom in New York and before becoming a lawyer, worked at a think tank where she focused on US-Japan trade and economic relations. She grew up in Tokyo, Japan, and is fluent in Japanese. She has a JD from Columbia Law School where she was a Stone Scholar, and a BA in Asian Studies with honors from the University of Michigan. She is a member of the Council on Foreign Relations and the Trilateral Commission.