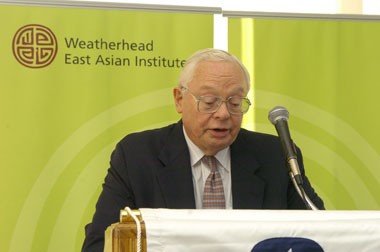 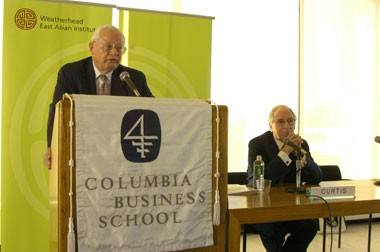 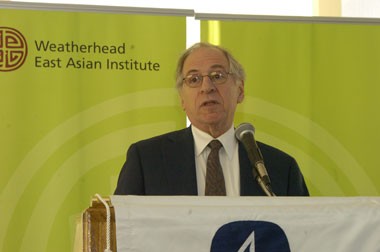 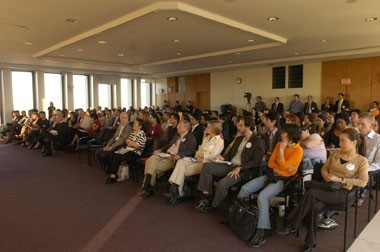 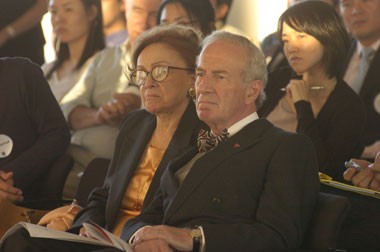 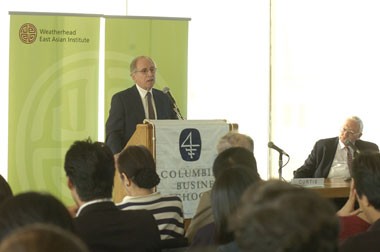 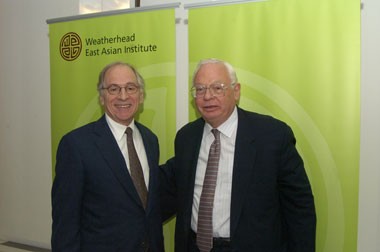 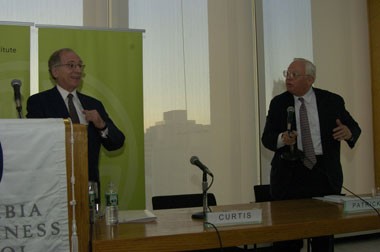 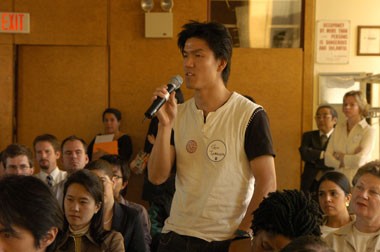 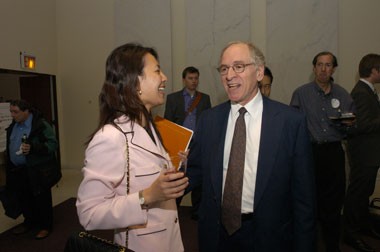 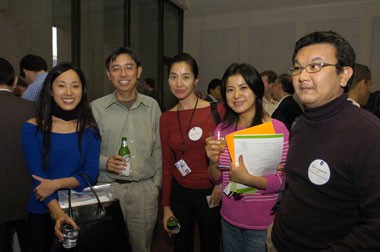 On Tuesday, September 26, 2006 Professor Curtis of the Weatherhead East Asian Institute discussed the election of Shinzo Abe and analyzed its consequences for domestic and foreign policy, and its implications for the long-term evolution of Japanese politics.

Professor Curtis discussed the election of Shinzo Abe and analyzed its consequences for domestic and foreign policy, and its implications for the long-term evolution of Japanese politics .

Professor Curtis is recognized as a leading scholar on modern Japanese politics and foreign policy and U.S. policy toward Japan and East Asia . He has an extensive list of publications in both English and Japanese. His classes at Columbia have covered Japanese politics, Japanese foreign policy, democracy in East Asia, U.S. policy in East Asia , and comparative political party analysis .

In 1996 Professor Curtis produced and narrated in Japanese a series of twelve half hour lecture programs for NHK television on the theme of Japanese politics in comparative perspective, later published as Nihon No Seiji O Doo Miru Ka. Professor Curtis has written extensively–and is frequently called upon as a speaker and consultant–on policy issues regarding Japan , U.S.-Japan relations, and international relations in East Asia . He is a columnist for the Chunichi Shimbun, a regular contributor to other newspapers and intellectual journals, and a frequent commentator in the mass media in the United States, Japan , and other countries. He is on the board of directors of the U.S.-Japan Foundation and the Japan Center for International Exchange, and he serves as a special advisor to Newsweek for Newsweek Japan and Newsweek Korea.

In October 2002, Professor Curtis was awarded the prestigious Japan Foundation Award in recognition of his scholarly work and his major contributions in fostering cultural exchange between Japan and the rest of the world.

Professor Curtis was decorated by the Emporer of Japan with the Order of the Rising Sun, Gold and Silver Star in 2004.

Professor Curtis received his Ph.D. from Columbia in 1969 and, after some years as an instructor at Columbia, he joined the faculty in 1976.