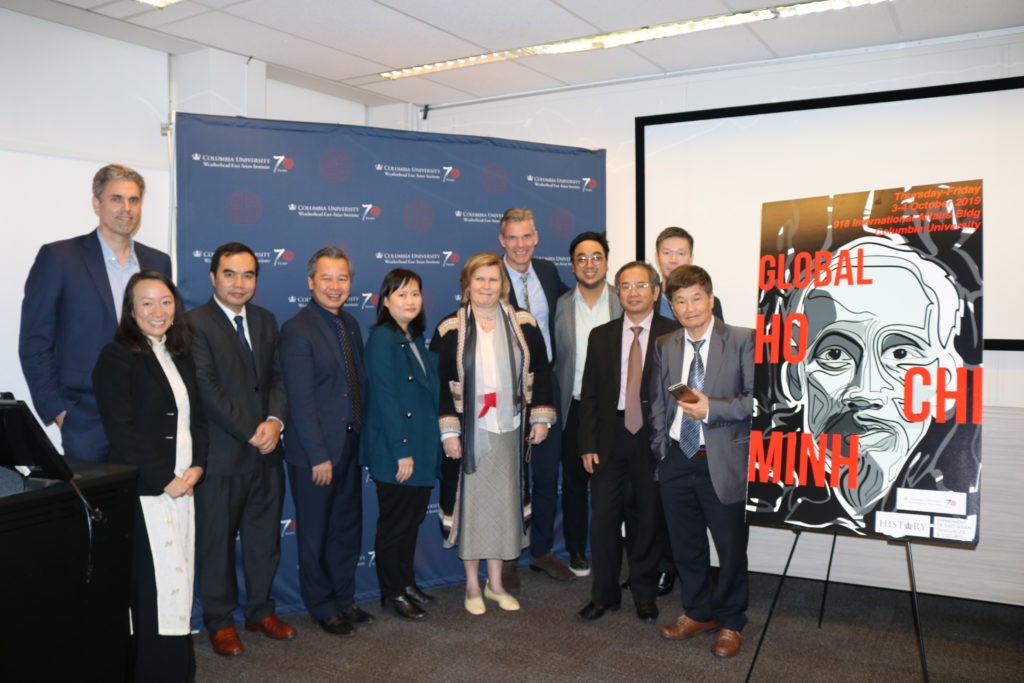 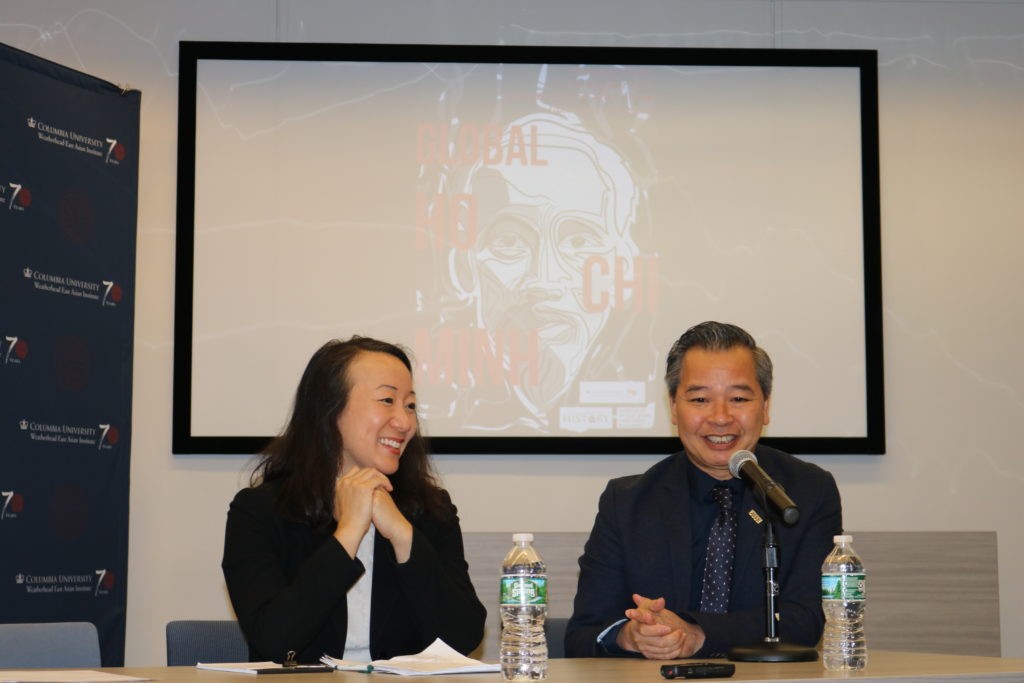 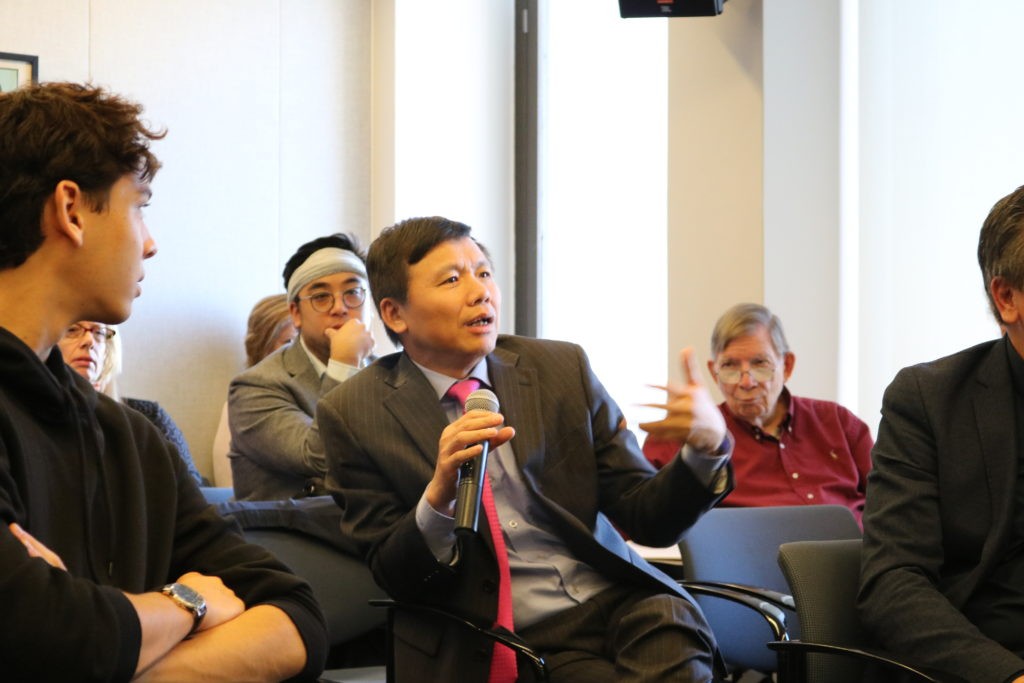 On the 50th anniversary of the publication of the last will and testament of Hồ Chí Minh (1969 – 2019), Columbia University and the University of Social Sciences and Humanities, Vietnam National University held a colloquium on his life, career and legacy. Cosponsored by the Weatherhead East Asian Institute, the Department of History, and the Department of East Asian Languages and Cultures, the colloquium attracted a large number of diverse attendees, including ​H.E. Mr. Dang Dinh Quy, Permanent Representative of Viet Nam to the United Nations.

Scholars from leading Vietnamese and American research institutes presented side by side on three panels, offering contrasting perspectives on Hồ’s multifaceted struggle to establish Vietnam’s independence and autonomy in the 20th century. The colloquium began with opening remarks by Pham Quang Minh, Professor and Rector, Department of International Studies, Vietnam National University; and Lien-Hang T. Nguyen, Dorothy Borg Associate Professor in the History of the United States and East Asia, Columbia University. The first panel addressed the theme of “Hồ and the Imperial Powers,”  beginning the colloquium with thought-provoking presentations of the power dynamics Hồ had to navigate during the First Indochina War. Through the discussion of Ho’s controversial policies such as the Land Reform, the panelists prompted the audience into a rigorous examination of the extent to which China and Soviet Union influenced the early days of nation building in Vietnam.

The second panel, “Hồ in the Global Cold War, 1945-1969,” continued to approach Ho’s legacy from disparate perspectives and challenge the notion of the “perfect” revolutionary. The panelists covered a wide range of issues and offered hypotheses that, while seemingly at odds, together offered the audience a transnational, multi-dimensional understanding of Hồ as the instrumental figure of a newborn nation and sparked an engaging dialogue between the panelists and the audience.

The final panel on “Hồ’s Global Legacy” focused on Hồ’s impact in Vietnam and worldwide. The panelists employed distinctive methods and arrived at different conclusions, bringing the cult of Hồ Chí Minh into the modern period and prompting the younger audience members to rethink their understanding of Hồ, as people with no direct memory and experiences of his larger-than-life persona and career.

The scale and depth of this international colloquium on Hồ Chí Minh is a promising sign for the future development of global Vietnamese Studies. The event demonstrated that collaborative efforts between scholars that acknowledge and transcend socio-politicial differences can help to unearth profound new interpretations of historical events and figures. Building on the momentum of the colloquium, Nguyen announced a future partnership between Columbia University and the University of Social Sciences and Humanities, Hanoi, which seeks to provide opportunities for the further development of knowledge on Vietnam through joint programming as well as faculty and student exchange.