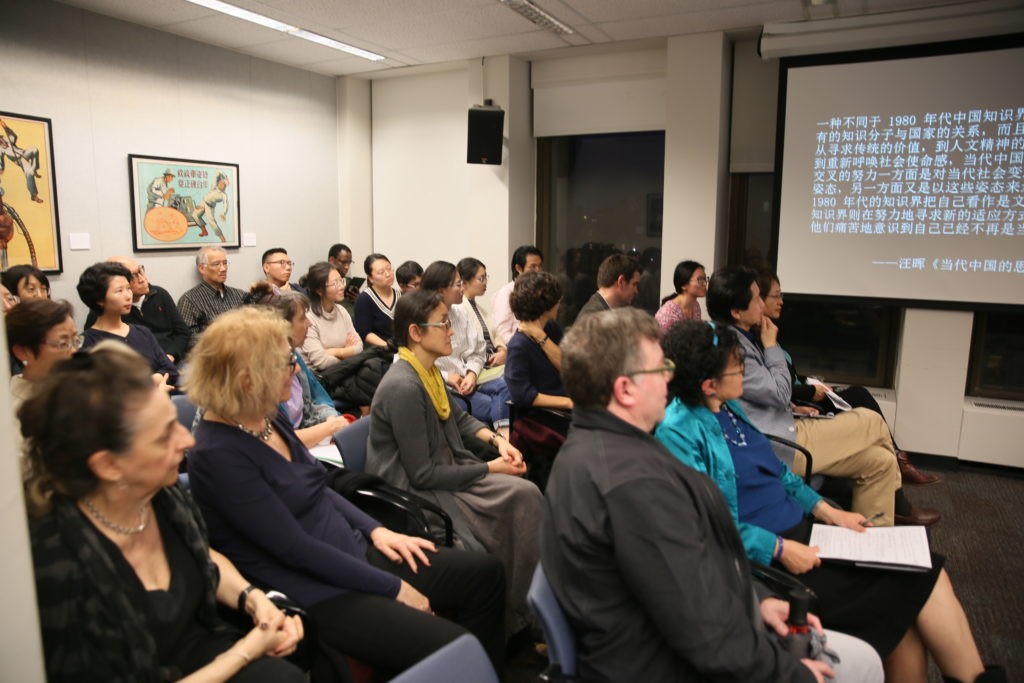 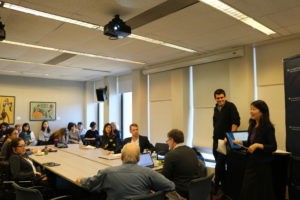 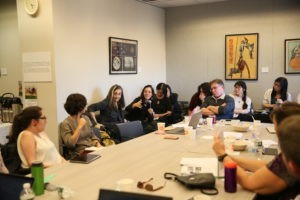 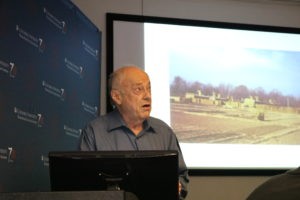 “Neng 能 (capacity/energy) and China’s Long 1980s: A Re-evaluation” drew on overlapping meanings of neng as the “capacity” associated with individual and collective subjects as well as the natural and material “energy” required to fuel ambitious Reform era ideals of economic and social development.  The conversations aimed to explore the interconnectedness of psychical and material economies during the country’s search for a collective orientation after Mao. The conference started off with a standing-room only keynote lecture from literary critic and novelist Li Tuo on the evening of October 31st.  Prof. Li’s Chinese-language talk drew on his own personal experiences as a participant in formative intellectual conversations in the 1980s, and argued for the importance of distinguishing between two distinct movements—New Enlightenment and Intellectual Liberation—in tracking the distinct contradictions and shifts in the country’s reform and opening.

Friday was structured around four panels, each featuring three panelists and a discussant. The gathering brought together an interdisciplinary group of China scholars including anthropologists, film and literature scholars, and historians from across the country.  Topics included the afterlives of mining projects, environmental politics of Chinese religiosities, shifts in Chinese thinking on instincts and evolution, and discussions of films concerned with the mourning of the death of Zhou Enlai, representations of linkages between the brain and human potentiality, and musings on shifting understandings of nationalism and island utopias. The talks connected individual and collective projects of becoming to the broadly-defined ecological environments where notions of resource and capacity have been reconceptualised through experimentation and contestation at various levels of production – intellectual, social, industrial, artistic, and personal. The final hour involved a lively conversation about intersections of the participants’ varied approaches.