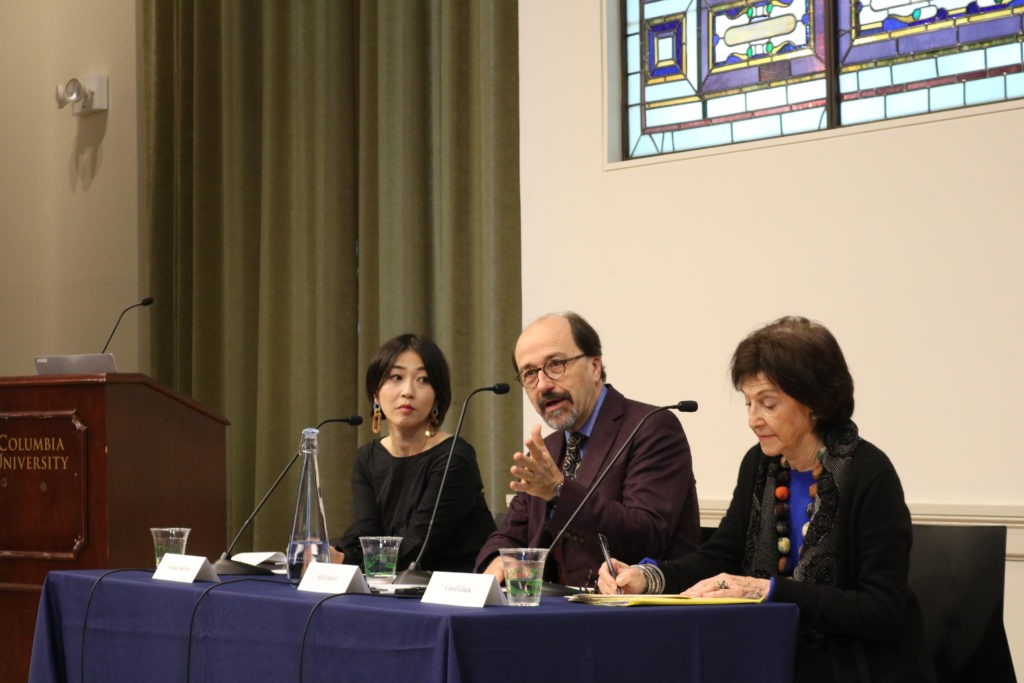 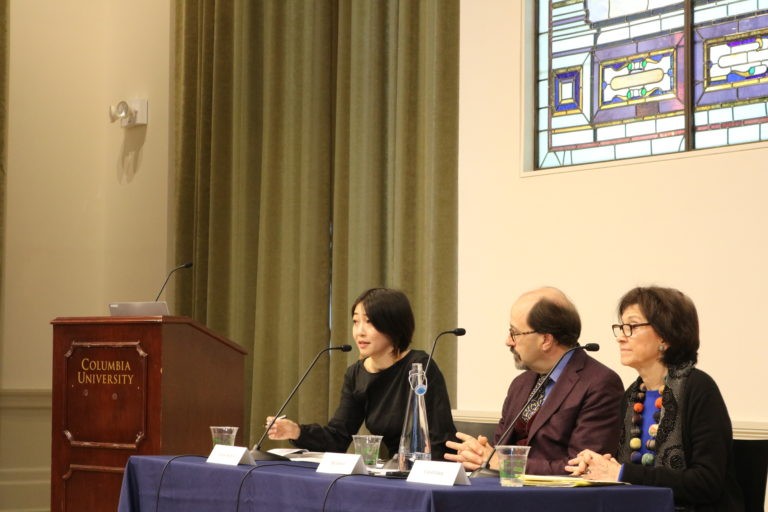 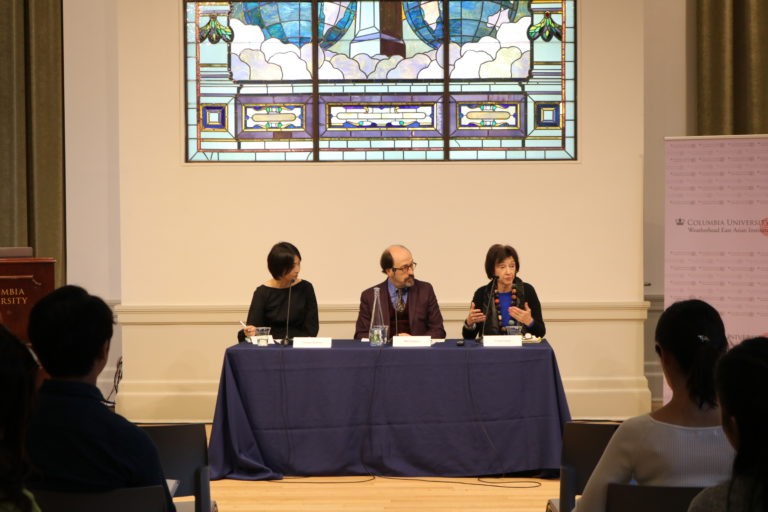 In the latest installment of the 70th anniversary series Reporting Asia, two experienced journalists, Bill Emmott, former editor in chief of The Economist, and Tomoko Kubota, a former newscaster and reporter from Tokyo Broadcasting Systems (TBS), discussed their work reporting in and on Japan. The event, “Reporting Asia: Japan,” was held on October 21, 2019, at the Columbia Graduate School of Journalism. George Sansom Professor of History Carol Gluck moderated.

Emmott and Kubota offered an inside view into the experience of covering Japan from two very different perspectives. Emmott, a UK citizen, first arrived in Japan in the bubble economy 1980s as a young foreign correspondent with little prior knowledge about the country. Kubota, who is Japanese, joined TBS in 2000 and worked as a TV announcer and newscaster until 2017.

The speakers shared broad insight into the social, political, and economic factors that make reporting Japan unique before turning to the timely issue of women’s representation in society.

In his presentation, Emmott shared data and case studies of Japanese women in leading positions across business and government to illustrate the beginnings of a gradual shift toward greater gender parity. Most notably, he cited a graph showing the narrowing gap between men and women entering top Japanese universities. The majority of the top brass across the public and private sectors are graduates of prestigious schools like Tokyo University, Emmott explained, suggesting that it would be difficult to overlook the growing pool of female candidates with highly valued credentials.

Emmott said that this shrinking educational gap is a critical indicator of the changes to come. He outlines this point and other signs of a societal shift in Japan in his latest book, Japan’s Far More Female Future, which was released in Japanese this year and will be released in English by Oxford University Press in 2020.

While Emmott was optimistic about women’s prospects for greater representation, he was also clear-eyed in his assessment of the current situation. He noted that, although female participation in Japan’s workforce has risen precipitously, the quality of those jobs has not kept pace. The tatemae (surface appearance) touted by the government that Japanese women are “shining,” is not fully accurate when taking into account the honne (hidden truth) that many female workers are employed in jobs well below their skill level, Emmott said.

Expanding on the current challenges facing women, Kubota shared her firsthand account as a newscaster and the obstacles she encountered. Japanese women, particularly women represented in the media, are expected to be kawaii (cute), in appearance and demeanor, she explained. Kubota said that this societal expectation is a heavy burden that keeps women from being taken seriously, and results in harsh consequences for those who fail to meet it. She revealed her personal experience as an aspiring news journalist whose first announcing assignments at the TV station were often silly and embarrassing roles involving animals and costumes.

Kubota expressed skepticism that policy and a top-down approach alone would be enough to significantly improve the situation for women in Japan, but noted the grassroots level activism on social media taking place through movements like #MeToo and #KuToo: a play on the Japanese word for shoes (kutsu) in opposition of corporate policies requiring women to wear high heels to work. Social media offers a tool to help women speak, Kubota said, adding that bottom-up pressure is a promising means of effecting change.